Beams come in different shapes and sizes. A construction beam is a structural element that bears load by resisting bending from downward forces. Its horizontal span is much broader than its width or depth. Beams are characterized by their profile, length and material.The most common types resemble a Capital I or a Capital H. They are generally used in construction, civil engineering, heavy machinery, truck construction and other heavy duty tasks. Beam is mostly used to support heavy structures. Beam is available in Aluminum, Stainless Steel and Hot Rolled varieties.

•In the United States, steel I-beams are commonly specified using the depth and weight of the beam. For example, a "W10x22" beam is approximately 10 in (25 cm) in depth (nominal height of the I-beam from the outer face of one flange to the outer face of the other flange) and weighs 22 lb/ft (33 kg/m). It should be noted that wide flange section often vary from their nominal depth. In the case of the W14 series, they may be as deep as 22.84 in (58.0 cm).

W or H beam is a structural beam made of rolled steel. It is incredibly strong. It gets its name because it looks like a capital H over its cross section. The W or H beam has wider flanges than an I-beam, but the I-beam has tapered edges. The width is the flange, and the height is the Web. The difference between both H-beams and I-beams is the flange by web ratio. The W or H beam tends to be heavier than the I-beam, and that is why some say that it is better than the I-beam, but that is subjective, as the W beam is generally heavier.

Beams are used in the civil construction industry, as foundations or as containing supports for buildings that have numerous floors. They are also used within industry for the construction of warehouses, structural supports for machines and equipment, maritime platforms, overhead cranes and monorails. 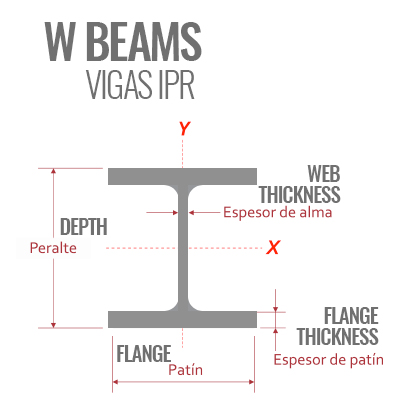 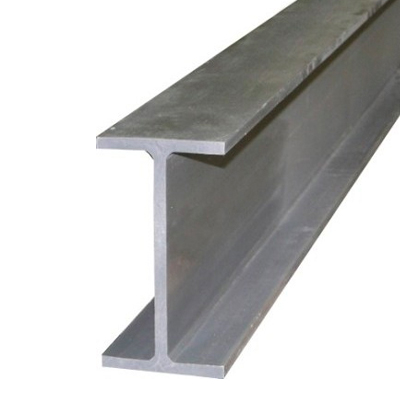 I-beam has tapered edges where an W-beam does not. It gets its name from the fact that it looks like a capital I when you see it from its cross section. With an I-beam, the height of the cross section is higher than the width of its flange. The I-beam is lighter than the H-beam, which means an I Beam is ideal for structures where the light weight is important. 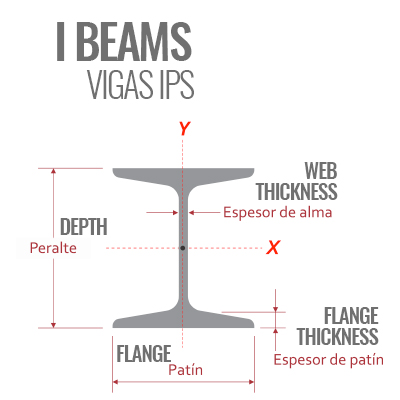 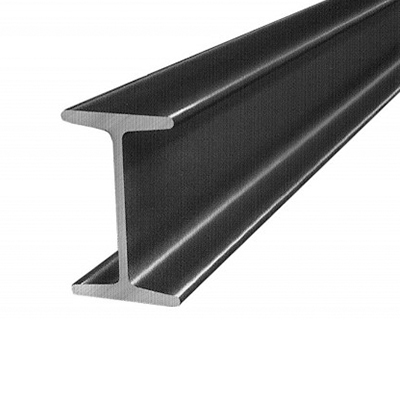 H-Pile is used in a variety of construction projects including: heavy highway, public works, marine, industrial. H-Piles are often driven into the ground and used for deep foundations to support structures in commerical construction, such as buildings and bridges. Due to their strength, they can be utilized for driving in soil conditions that other piling would have difficulty penetrating. Their durability also make these steel columns perfect for applications in areas to are prone to earthquakes or other natural disasters. H-piles are also commonly used for "soldier pile and lagging" construction, in which steel piles and timber lagging is used to create earth retention.

H-Pile Splicers are used to help with alignment of H-Piles. Splicers also significantly provide an additional weld area when splicing. 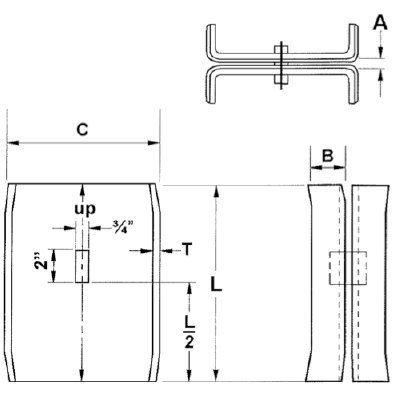 H-Piling Points are made of low-alloy cast steel, allowing the piling points to absorb more impact than similar H-Piling Points. They also have pre-beveled tip, eliminating any kind of pile end preparation. Welding is easy with a weld-prep built into the casting, saving you time and money. There is 5/16" groove weld across each flange making it unnecessary to weld the web or any inside flanges. 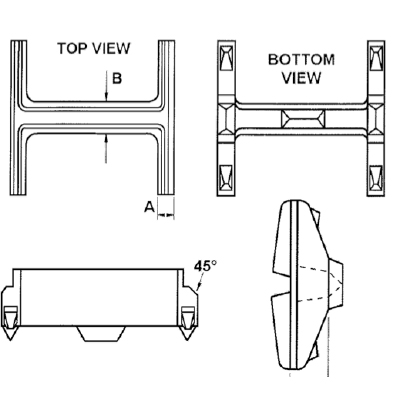 Junior Beam or BANTAM Beam It is an exceptional low weight per foot hot rolled solution. Primarily used in the frames of manufactured homes and recreational vehicles (RVs), this product is also utilized in purling applications and for steel dunnage. These sections are produced to ASTM A529-50 grade and are not typically produced in lengths greater than 40 feet (12 Meters).

Carbon steel structural beams are manufactured in two configurations. Both are constructed with a vertical web in the center of the beam, with horizontal flanges on top and bottom. The structure of th... More Info

Galvanized Steel Beams, is a A36 hot rolled, mild steel beam that has been hot dipped in a zinc rich galvanizing process. Galvanized beams are a lower cost alternative to stainless steel to achieve ru... More Info

Aluminum Beam has excellent structural integrity which makes it a common building and construction material. They are often used for structural support in homes, bridges, structural foundations, train... More Info